END_OF_DOCUMENT_TOKEN_TO_BE_REPLACED

How to Make Roasted Red Peppers 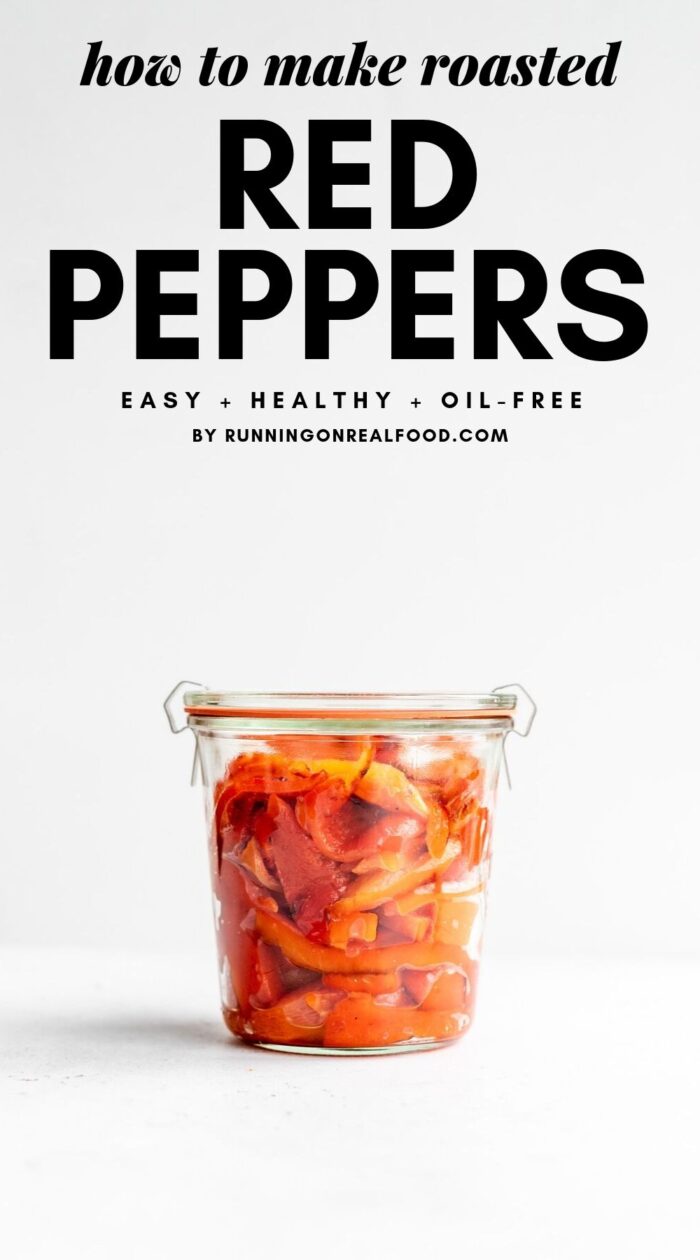 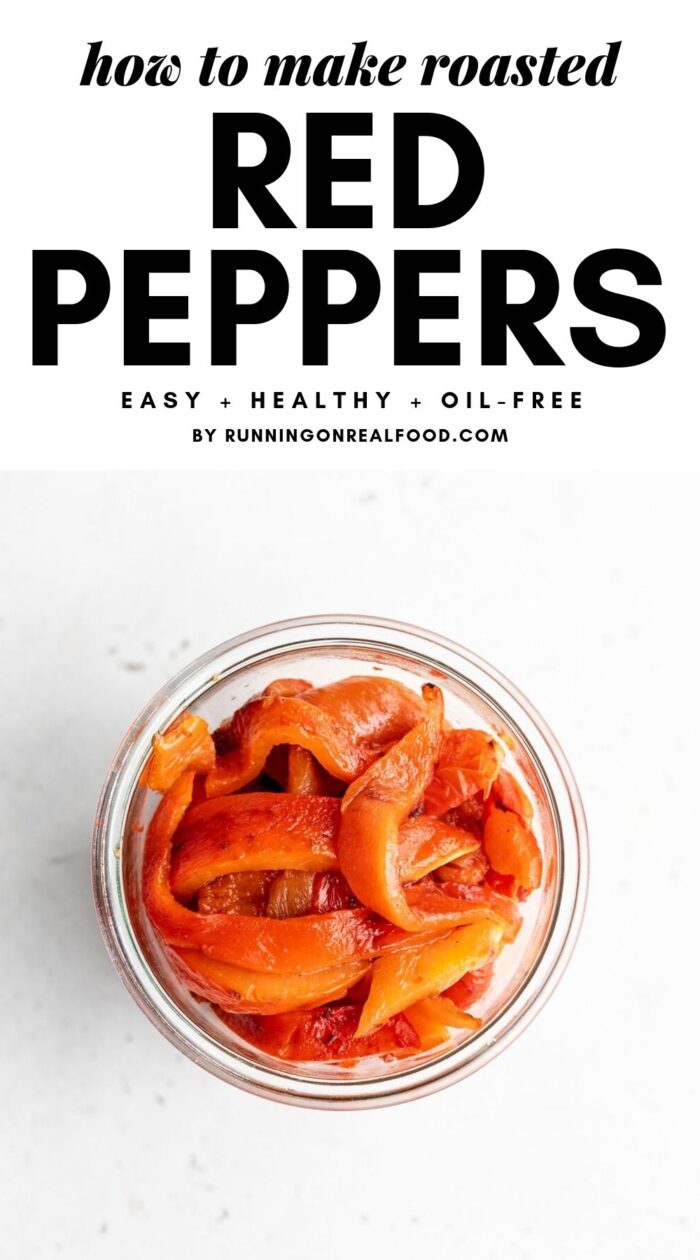 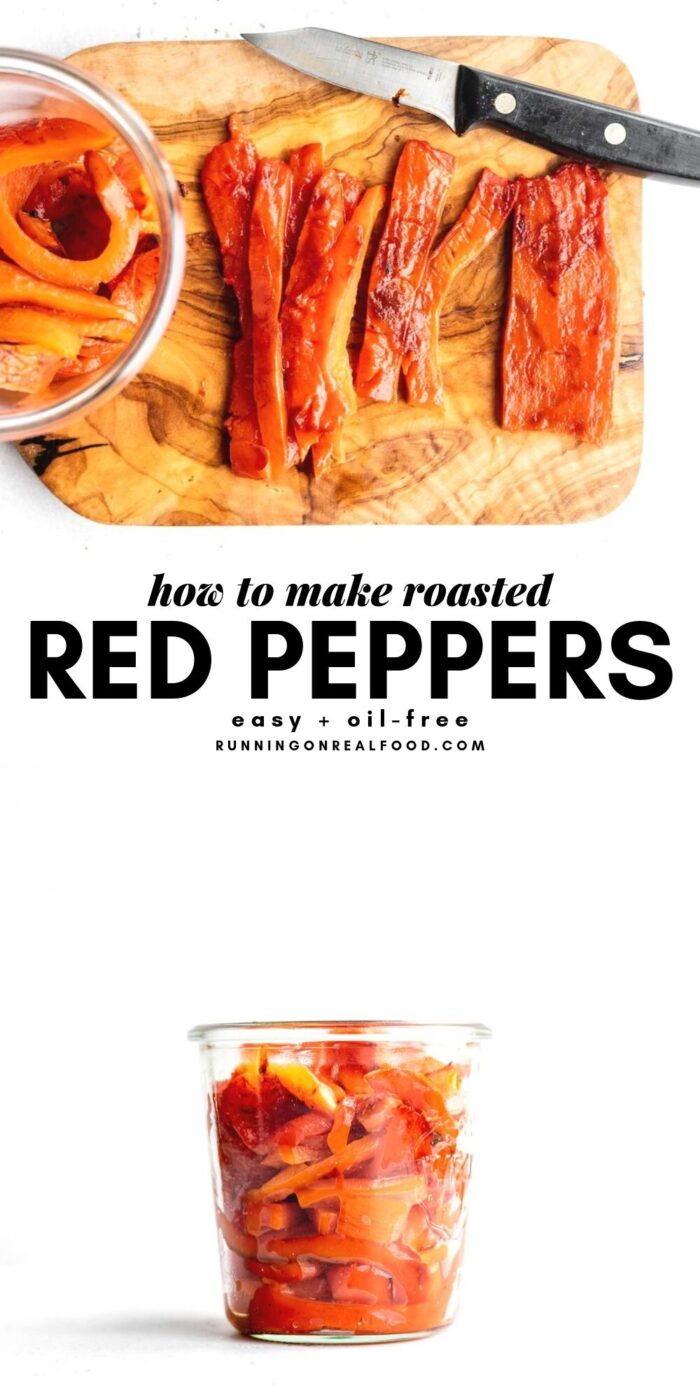 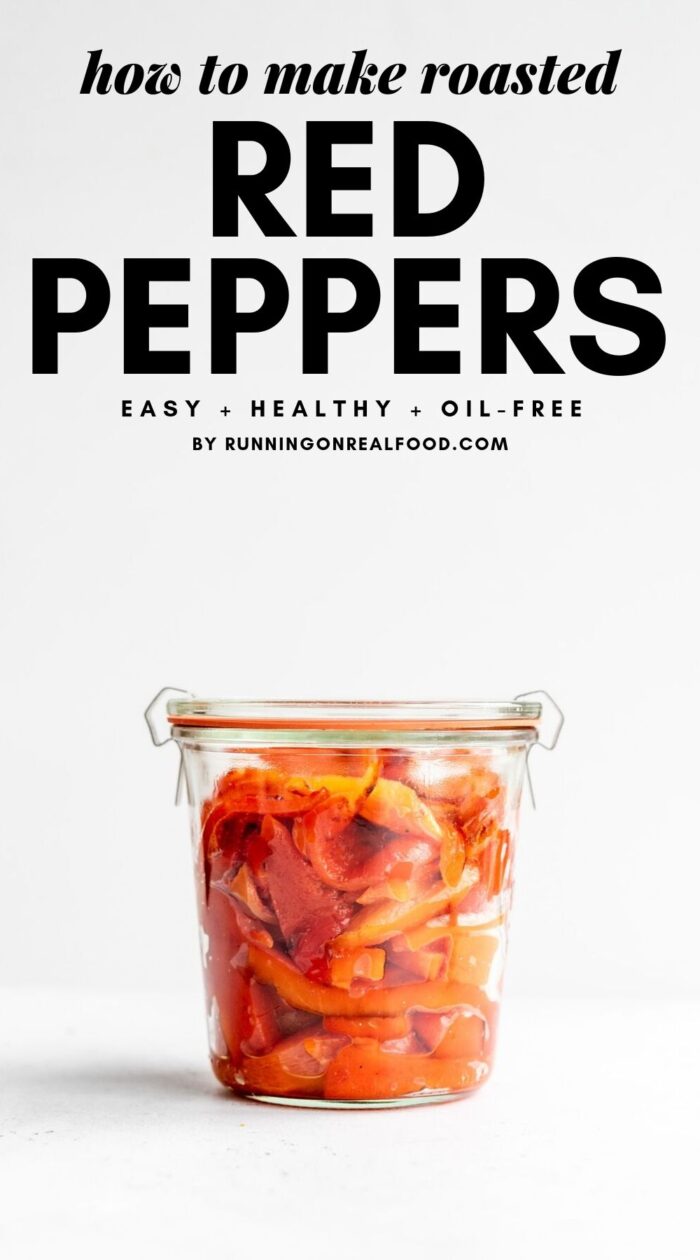 Learn how to make roasted red peppers in just a few easy steps in your oven.

Roasting bell pepper brings out their natural sweetness making them a wonderful addition to a variety of dishes. This easy recipe is vegan and oil-free.

How to Make Roasted Red Peppers

Roasting red peppers takes about 30 minutes from start to finish.

You can also roast red peppers stovetop on a gas stove or on a grill but we’ll just be covering the oven method today. Let’s go through it step by step.

The first step is to prep the red peppers for roasting. Here’s how:

Do I need to use foil on the pan?

I don’t use foil or any other liner when I roast red peppers, especially since we’ll be roasting a quite a high temperature.

Quick Note: If you want to line the pan with a silicone baking mat or parchment paper, for easier clean up, I would recommend roasting the peppers at 450 degrees F instead of broiling them, just to be safe.

Now we’re ready to roast! Here’s what the roasting process looks like:

When the skins are blackened and the peppers are soft, they’re done. Pull them from the oven and let them cool enough to handle.

What about steaming the peppers?

Many recipes call for steaming the peppers after roasting to help the skins come off easier. I never found this to make much, if any difference so I just let them cool then peel them.

If you are having a hard time peeling your peppers, you can try steaming them by gathering them up on the pan and placing a mixing bowl over them for 15 minutes before removing the skins.

Some methods also suggest placing them in a paper bag, in a pot with the lid on it or in a bowl with a plate placed over it. Any of those methods work just fine but like I said, I’ve never had an issue peeling them without steaming.

After the peppers have finished roasting and are cool enough to handle, peel the skins off and discard. It’s a little messy but most of the skin should peel away easily. There are always some bits that don’t want to come off as easy but there’s no need to remove every, tiny speck of skin.

I do find the more charred and blackened they are, the easier they are to peel, so be sure to leave them in the oven until they’re almost completely charred.

Slice and store the peppers.

That’s about it! Now you can slice or dice the peppers and use right away or store in the fridge.

Can you freeze roasted red peppers?

Yes! Roasted red peppers can be frozen in a airtight, freezer-safe container for up to 2 months. For easy use later on, lay them flat in a single layer with a piece of wax or parchment paper in between each layer. They can be thawed at room temperature or in the fridge.

How to Use Roasted Red Peppers

Here are some delicious ways to use roasted red peppers:

Here are some recipes you can use these peppers in :

This recipe works for yellow, orange and green bell peppers as well as jalapeños, serrano peppers or any other kind of pepper.

One comment on “How to Make Roasted Red Peppers”