END_OF_DOCUMENT_TOKEN_TO_BE_REPLACED

This lemon blueberry smoothie tastes a bit like blueberry pie but you know it’s loaded up with all kinds of nutrition. The recipe features antioxidant-rich berries, frozen banana, plant-based protein powder, chia seeds and cinnamon but it’s the pop of fresh lemon juice that really takes this smoothie up a notch. 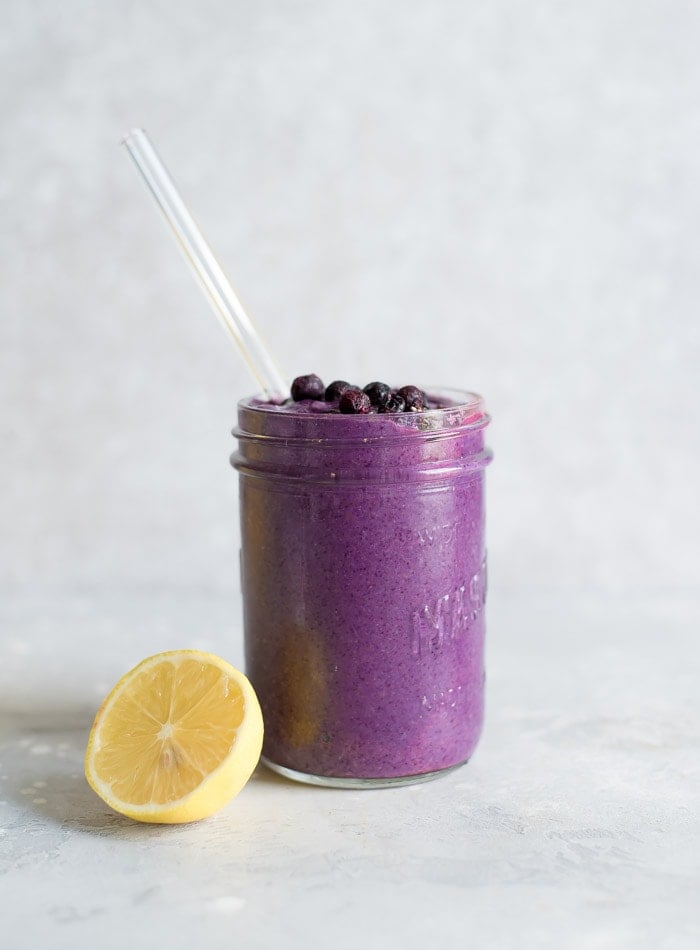 To make this healthy and filling smoothie you’ll need:

What Liquid to Use

I used unsweetened almond milk but you can use any plant milk you like, coconut water or just plain, old water. I’d recommend sticking to a plant-based milk for this one though. Cashew milk, carton coconut milk, oat milk, hemp milk or almond milk are all good choices. 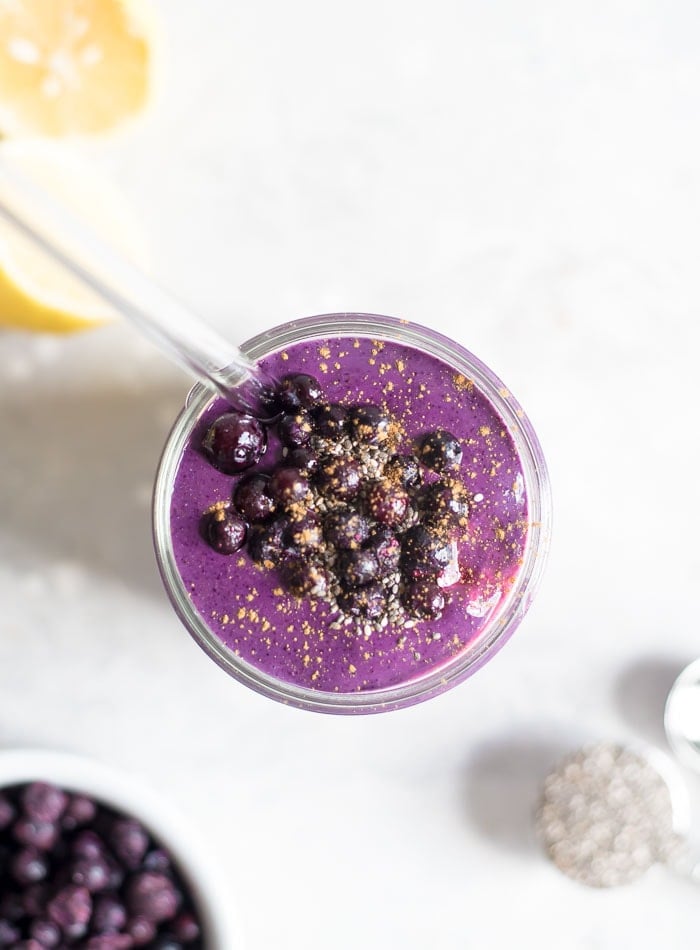 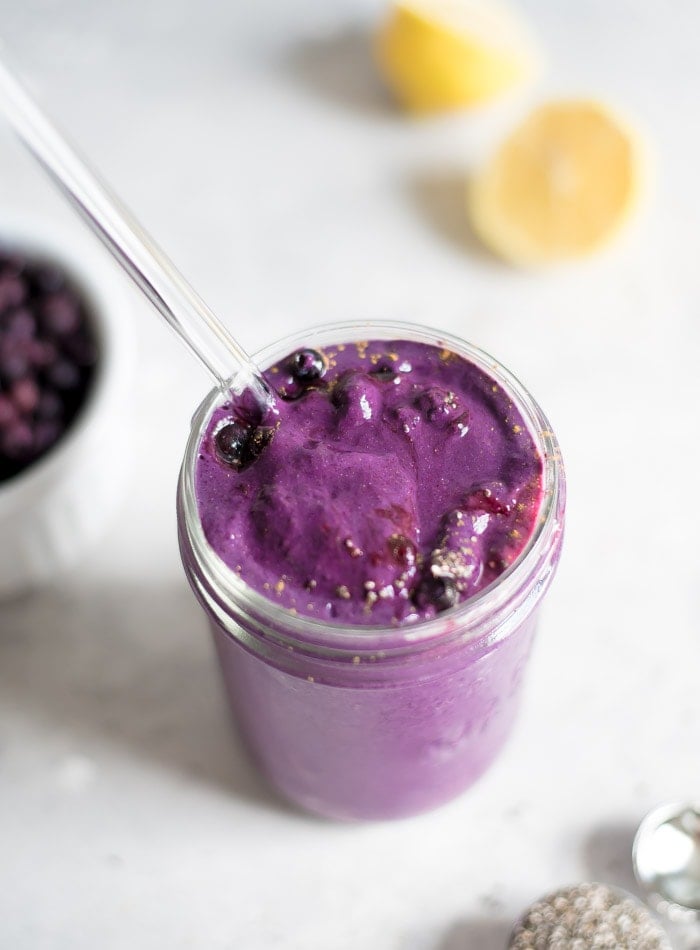 Try this creamy chia seed blueberry smoothie for breakfast or a snack anytime you need a natural boost in energy. It’s perfectly sweet, thick and creamy and the pop of fresh lemon flavour is perfect for Spring and Summer.

This healthy smoothie boasts 16 grams of dietary fibre with 24 grams of plant-based protein! You’ll also be getting 52 grams of energizing carbohydrates and 8 grams of essential fatty acids. In addition, it contains 80% of your daily calcium intake, 36% of your daily iron* intake and a good amount of vitamin C, vitamin A and a range of essentials vitamins and minerals such as zinc, magnesium, vitamin K and manganese (iron and calcium content are based on store-bought fortified almond milk).

This healthy smoothie is loaded with nutrients but tastes a bit like blueberry pie! That fresh pop of lemon is to-die-for blended up with frozen blueberries, frozen banana and cinnamon.